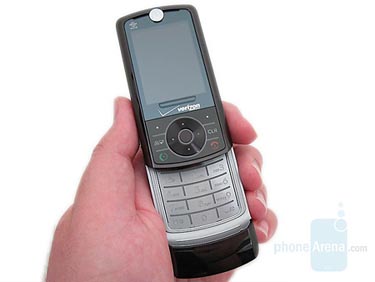 It seems that Motorola has started to fall out of favor with the marketplace, because it’s obvious that they’ve milked the RAZR for all it’s worth. So, what does Motorola do to try and pull itself out of this slump? Create a sliding version of the RAZR and call it the RIZR, of course! PhoneScoop had a hands-on session with the sliding Motorola RIZR Z6c, available through Verizon, and they conclude that it is a quality device.

Imagine that. Praise for a new Motorola product. The reviewer also mentions that this slim handset should “be considered by consumers who require a Verizon phone that can also be used internationally.” This is usually an issue with CDMA phones, because they typically don’t play friendly overseas, but the RIZR Z6c can apparently roam on international GSM networks. Call quality and reception were also rated as good.