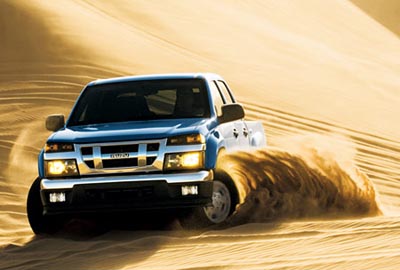 It’s official. Isuzu hasn’t exactly been the most popular of brands in the United States, so they’ve finally decided to abandon the American market for good. If you’ve been thinking about nabbing a new i-Series pickup truck from Isuzu, you’d better do it soon, because they’ll be discontinuing sales of that truck along with the Ascender SUV.

The Isuzu i-Series, in case you didn’t know, is a truck that is based on the Chevy Colorado platform, whereas the Ascender gets its inspiration from the Chevy Trailblazer. In this way, both vehicles are the product of a joint venture with General Motors. Although Isuzu will no longer be selling its trucks in the States, they will continue to supply replacement parts for service purposes.

The pull out will effectively cost the Japanese automaker about $37 million, but this is still cheaper and probably smarter than the alternative. GM says that they don’t plan on replacing the Colorado or the Trailblazer with models that can receive Isuzu rebadging. At the same time, Isuzu has no plans to develop any new models of its own for North America.

So long, Isuzu. It was nice knowing ya.