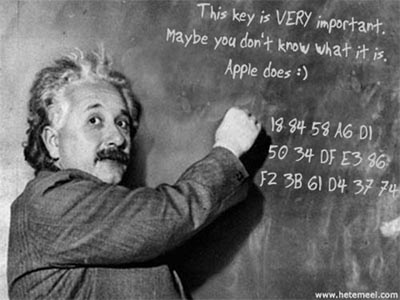 When Steve Jobs finally decided to open up the iPhone to regular developers, he wanted to ensure that any third-party applications would be safe for all of his adoring Apple fans. As such, developers would need to send their app over to Apple so that the latter can “electronically verify and sanction any 3rd party application destined for the iPhone.”

The verification and sanctioning process basically includes a digital signature — the SDK key — that Apple would electronically stamp onto the application and then it’d be a go for mass market consumption. Well, it seems that this SDK key has been leaked and developers might not have to go through Apple to get a “certification”, so to speak.

If these app developers “can figure out how ti include this newly leaked key in their homebrew apps… we could see 3rd party software installation without the need for Apple’s blessing (and without Apple’s pay-per-app scheme).” That is, until a new firmware version comes along that they’ll need to crack. Again.