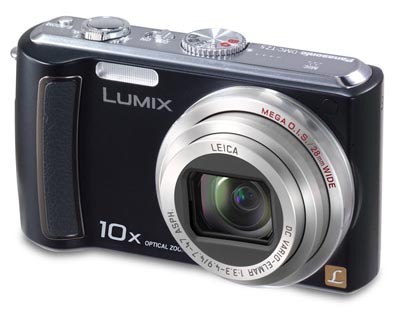 You’d be amazed what some companies manage to pack into such tiny packages. Even though the newly revealed Panasonic Lumix TZ5 digital camera has the appearance of a garden variety point-and-shoot, it’s actually quite a bit more powerful than that camera you bought your grandma on Christmas.

For starters, the Lumix TZ5 boasts a full 9.1 megapixels to go along with its 10x optical zoom lens. This means that you get a very high resolution print of that sneaky pic you took from 100 yards away. What’s more, the TZ5 has the video department fully covered too, because it is capable of recording movies at 720p. Other niceties include an optical image stabilizer, 3-inch LCD, motion-sensitive ISO control, and smart face detection.

The Panasonic Lumix TZ5 retails for $350. For fifty bucks less, you can grab the TZ4 which dials down to 8 megapixels, shrinks the display to 2.5-inches, and loses HD video.