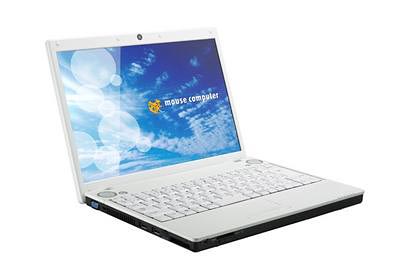 Although they’re not officially related to anyone with the first name Mighty, Mickey, or Jerry, Mouse Computer isn’t a firm that you should ignore. Taking on an almost MacBook-like appearance is the newly announced LuvBook J131 Series notebook computer from the people at Mouse Computer.

The biggest selling point on this 13.3-inch wide laptop isn’t the brilliant white casing or the quirky name of the manufacturer, but rather the Intel Penryn processor housed within that runs the whole show. Outside of the CPU, the J131 Series will also feature a WXGA resolution display, 1.3 megapixel camera, 120GB HDD, and 2GB of RAM.

There’s probably a good reason why you’ve never heard of Mouse, and that’s because they typically sell their products in Japan only. The LuvBook J131 series appears to be no exception, getting priced at 119,700 JPY ($1,114).