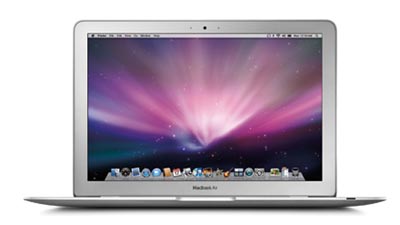 Although it is not technically the thinnest laptop ever created, the MacBook Air is one beautiful piece of hardware and you just might be able to land out at your local Apple Store starting tomorrow. That’s the word coming out of the Boy Genius Report, as they claim that Apple Stores received some stock of the slim notebook on Friday and Saturday, but they weren’t allowed to sell it just yet.

This is because the Royal Steve Jobs decreed that the MacBook Air would not be available until “2 weeks” after his MacWorld keynote address. Two weeks would mark Tuesday as the launch date, but they’re saying that all the product banners, marketing materials, and other periphernalia will go up tonight.

The original word that BGR received pointed toward an “official” launch today with the Genius Bar employees getting their official training some time today. Unfortunately, it seems like some unforeseen circumstances could push the “official” launch of the MacBook Air until Wednesday. We’ll see.