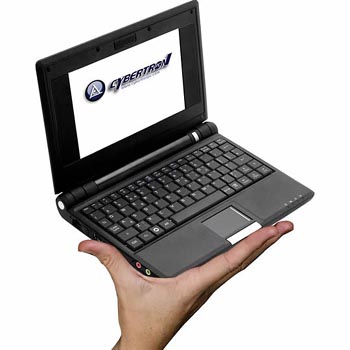 With a name like Cybertron, you would so hope that this “new” line of Mini-PC computers would have something to do with Optimus Prime, Starscream, and the rest of the Transformers universe. Unfortunately, the real net result is little more than an overpriced knockoff.

The Asus Eee PC has been hugely successful, so Cybertron has come along and created a competitor of their own called the Mini-PC. The only difference is that the Cybertron offering costs $50 more than the 2GB Asus Eee PC while bringing nothing extra to the table. It’s still powered by a 900MHz Celeron M processor, 512MB RAM, 2GB flash memory, and a 7-inch display (800×400).

Peek the Cybertron Mini-PC at CybertronPC.com and then wonder why it costs $349 along with the rest of us.