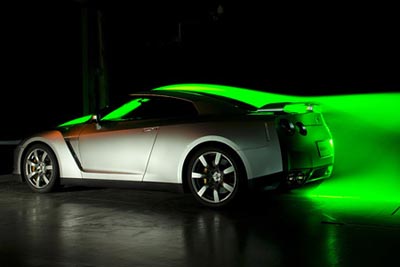 If this video is to be believed, the Nissan GT-R supercar has no problem cruising around in the white stuff, drifting around corners like they were nothing.

In the test, the hot new sports car from Nissan gets outfitted with premium snow tires — Bridgestone Potenza studless tires (RunFlat JDM) — and then it gets thrown down what appears to be one of Japan’s famous mountain passes. The driver manages to put a fair bit of pace through his run, but it’s still nowhere as fast as some of those crazy rally race drivers.

It’s a little counterintuitive to find a highly tuned sports car like the Nissan GT-R handling in the snow, because although it has all-wheel drive, it probably wasn’t designed to do its best under winter conditions.