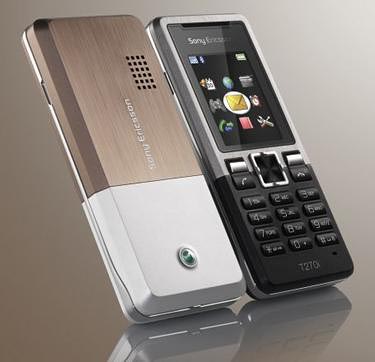 Around these parts, we tend to drool more over the hottest and most powerful handsets that the cell phone makers are pumping out. We want more on-board storage, more megapixels, and more functionality. A touchscreen or two can’t hurt either. This strategy is all well and good, but it’s not enough for a company to turn a huge profit. Nokia revealed a couple of el cheapos yesterday and now it’s Sony Ericsson’s turn.

The Sony Ericsson T270 and T280 are a couple of budget-minded candybars that are surely destined for emerging markets, getting priced at a much more affordable level that their higher-end handsets. They’re supposed to be reasonably fashion-minded, getting based on the T610, but the feature set is meant to be quite acceptable too. There are “a” versions of both with 850/1900 GSM frequencies, whereas the “i” variants do 900/1800.

The lower-end Sony Ericsson T270 gets MP3 ringtones, Bluetooth, WAP 2.0, and FM radio, whereas the T280 adds a 1.3 megapixel camera to the mix. Both phones are set to launch during Q1.