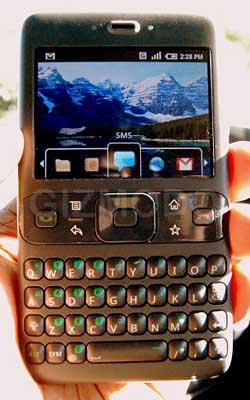 In many ways, the Google Android platform is supposed to be an answer to the huge popularity of the Apple iPhone. We’re still waiting to see how the Jesus phone will perform in the land of the rising sun, but it seems like Google is making headway in Japan too, because an Android-based handset could arrive at NTT DoCoMo.

Japan’s largest wireless provider, NTT DoCoMo is a part of Android’s Open Handset Alliance, so it only makes sense that they would be interested in bringing some form of the smartphone into their lineup. Details are pretty slim, but people are saying that NTT DoCoMo has started discussions to get the Linux-based platform in “some” of their phones.

Oh, and before you ask, the handset pictured here is just a sample unit of what a Google Android-based smartphone could look like. It may or may not be representative of what will eventually make its way to NTT DoCoMo.