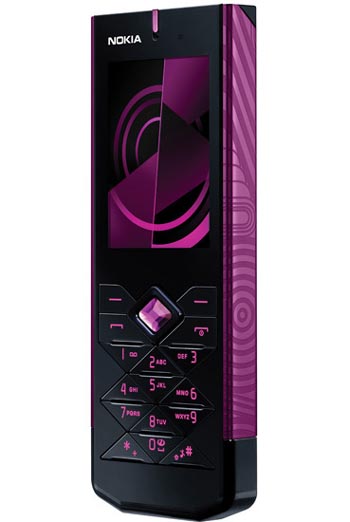 I’m not a fan of the geometric shapes offered by the Prism line from Nokia. Yes, I know that they are the world’s biggest mobile phone maker and they clearly know what they’re doing when it comes to selling handsets, but all those diamond cuts are just plain ugly. I didn’t like the first Prism and I certainly don’t like the look of the new Nokia 7900 Crystal Prism.

Outside of the crystal in the center, the Nokia 7900 Crystal Prism comes loaded with a large OLED display, modern digital art wallpapers, 2 megapixel camera, 3G connectivity, 1GB internal memory, and an integrated music player. Look for it to launch later this quarter for 375 Euro, exclusive of taxes and subsidies.