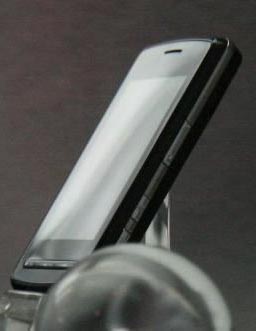 We’ve been hearing for some time that AT&T is getting ready to offer mobile televisioin powered by Qualcomm’s MediaFLO technology, but we didn’t know what handset they were going to use to debut the service. Well, there are now rumors floating around that point toward the LG Vu (CU920) as the initial phone to show off AT&T’s mobile TV.

As you may recall, the LG Vu is a less expensive version of the LG Prada, boasting a large touchscreen display and probably 3G connectivity too. Some people may want to compare it to the Apple iPhone, which is also a part of AT&T’s stable of offerings.

Current predictions have AT&T launching the LG Vu in tandem with mobile television as early as February 5th. At that time, they’ll have maybe two exclusive channels, possibly in addition to other content. The live TV channels offered by Verizon Wireless are currently not exclusive whatsoever.