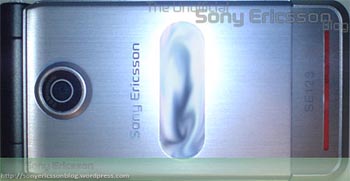 We’ve caught glimpse of this new flip phone from Sony Ericsson before, but now we’ve managed to find a leaked commercial for the Sony Ericsson Z660i. The ad, which is embedded below, shows some guy using the phone, receiving an email about an upcoming dinner reservation. It still doesn’t reveal much in terms of specs, but it gives you a more realistic look at the clamshell.

As you may recall, the rumored spec sheet includes things like 3G connectivity, a 2 megapixel camera, a full metallic body, and a form factor that measures a mere 14mm thick. The front mirrored display also comes in handy to check your look before the big date, but I personally prefer the liquid-filled look because it’s just cooler. Obviously, this front display can also do the “show the time and signal strength” dance.

What do you think? Has Sony Ericsson done a good job with cashing in on the slim clamshell market? Fashionistas and guys in changing rooms seem to think so.