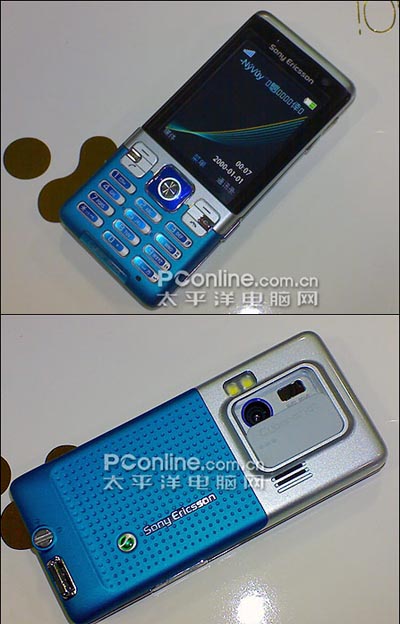 It seems that Sony Ericsson will be revealing a new phone any day now, but we’ve managed to come across a couple of spy shots of this secret K-series CyberShot camera phone. The model number has yet to be confirmed, but we have reason to believe that it’ll either be a part of the K700 or K800 series, given its camera phone tendencies and mid-market feature set.

The most notable feature, of course, is the five megapixel camera that has been shoved into the back of this candybar handset. You don’t get a xenon flash, but Sony Ericsson has equipped the phone with the LED flashlight treatment. You’ll also notice that on the front, they’ve eschewed the joystick in favor of a more conventional five-way navigator.

Rounding out the specs are a QVGA 16M color display, secondary video call camera on the front, and some sort of screw mechanism to release the back cover. More information as it becomes available.