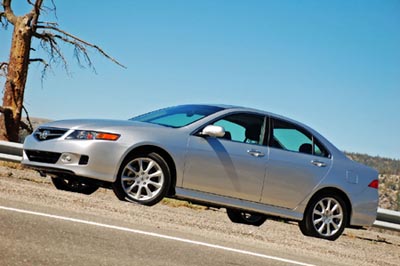 Around these parts, we don’t normally associate diesel fuel with the vehicles created by Honda. That may soon change, because the next-generation Acura TSX could be powered by Honda’s new i-DTEC clean diesel powerplant. The revitalized luxury sports sedan is scheduled for an official intro some time in 2009 and it will likely be offered with the 2.2-liter diesel engine.

This only makes sense, considering that the Europe-bound version of the Honda Accord will also be offered with the i-DTEC engine. The Euro Accord is launching a little later this year, and then the RDX crossover could get treated to some diesel action later next year. Honda is apparently also planning a V6 diesel for 2010.

In the coming years, Acura plans on stepping up the luxuriousness of their brand even further so that it can compete better against BMW, Mercedes, and other tier one luxury automakers. How diesel fits into this bigger picture remains to be seen.