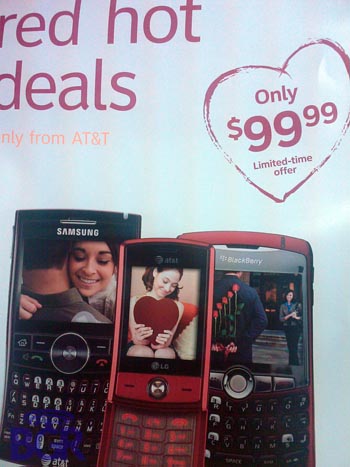 And we mean that almost literally. The iPhone carrier is gearing up for a special Valentine’s Day special wherein they are offering three of their most popular phones in particularly romantic red casings. As you can see in the scanned advertisement here, AT&T has three phones that they are willing to sell for a “limited time” for just $99.

Yeah, you might be better off signing off on a two-year contract and grabbing a red LG Shine for your significant other, because even with 24 months of airtime and charges, it’ll still come out cheaper than a simple bouquet on February 14th.