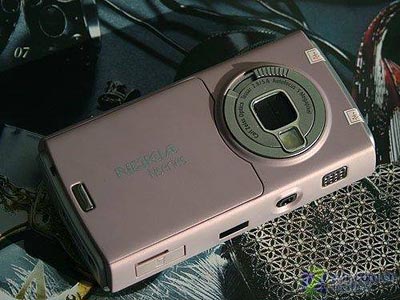 As if there weren’t enough variations on the Nokia N95 smartphone already, the Finnish phonemaker has unleashed yet another iteration geared toward the more feminine among us. You see, the existing color schemes for the N95 are arguably a little too masculine for people like Paris Hilton, so it only makes sense that if Nokia wants to capture that segment, they need to make a pink cell phone. So they did.

Strangely, Nokia didn’t decide to make the whole phone pink. Instead, it’s just the back panel and the sides that have been given a rosy complexion. The entire front face, as well as the regular numeric keypad, maintain their existing silver color, whereas the multimedia controls hang on to the black color scheme. You would think that Nokia would want an all pink phone if they wanted to attract girly-girls to this smartphone.

‘Cause, you know, having GPS, a five megapixel camera, and DVD-quality video recording isn’t enough to tickle their fancy already. They need pink.