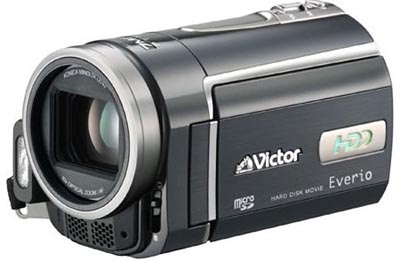 I remember when MP3 players first hit the market and you were lucky to find anything that had more than 128MB of storage. Now that we’re not totally satisfied with music and we want a big taste of video too, our storage needs have increased substantially. JVC is addressing our need for more capacity by expanding the hard drive found on their Everio GZ-MG740 digital camcorder.

The existing model — the JVC GZ-MG730 — comes load with a 30GB hard drive, but the appropriately named GZ-MG740 (notice the switch from 730 to 740?) gets a bit of a boost up to 40 gigs of space. You’ll also notice that they’ve swapped out the JVC branding in favor of Victor, but we all know that they are one and the same… at least in Japan.