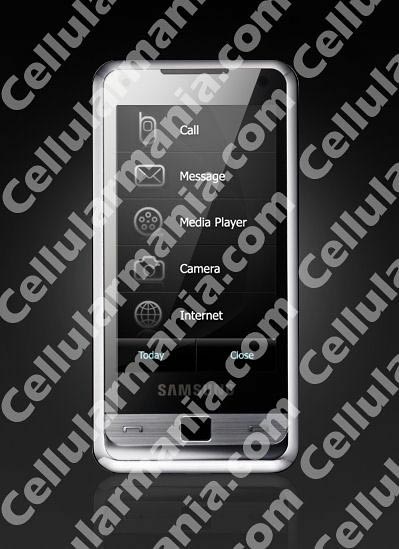 This seems to be the hottest trend in mobile phones these days. The Samsung i900 won’t be the first handset from the Korean company to lack a standard keypad and it certainly will not be their last. The phone is still one fat rumor at this point, so don’t expect much in terms of confirmation just yet either.

Based on what we hear, the Samsung i900 will have only two main touch-sensitive keys near the bottom for initiating and ending a call, as well as what may be a five-way navigator in the center. The rest of the controls are done through the large touchscreen display, and it’s quite possible that it has “gesture control” not unlike the iPhone.