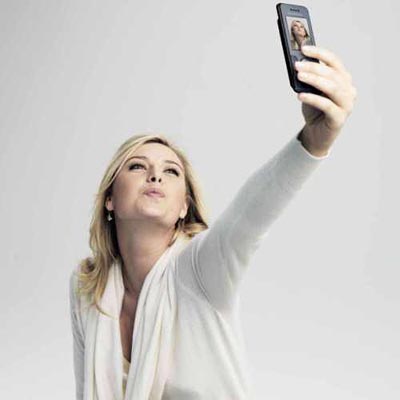 I guess the grass really is greener on the other side. Tennis superstar Maria Sharapova has apparently jumped off the Motorola bandwagon so that she can serve as the global brand ambassador for Sony Ericsson. The exclusive sponsorship agreement means that the 20-year-old cannot get involved with another telecommunications company. At least that’s how I understand it.

In years prior, Sharapova was seen showing off a PEBL, among other Motorola phones, but she will soon be seen walking around with Cyber-shot this (will Canon have a problem with this agreement?) and Walkman that. The contract calls for four years of exclusivity with Maria Sharapova, and the young lady will also “work with Sony Ericsson’s design team to design a range of new products and accessories.”

“It is really exciting to be working with a cool brand like Sony Ericsson which has such a strong reputation in the entertainment industry,” Maria Sharapova said. “Even though most people know me as a tennis player, I have so many passions beyond the sport like fashion, music, film and design; which Sony Ericsson and I are going to be exploring together through our partnership.”