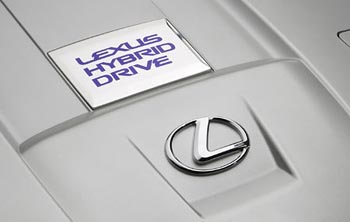 I know, the title is a little confusing, because Lexus has been offering hybrid versions of its vehicles for some time now. What makes today’s announcement a little special is that Lexus plans on unveiling a car at NAIAS 2009 that be offered only as a hybrid. No gas-only version will be sold.

In this way, the unnamed vehicle — which could easily be a sedan, a coupe, or even a sport utility — would become the Prius of the Lexus lineup. Katsuaki Watanabe, Toyota’s President, said that the Detroit Auto Show next year will set the stage for the new unveiling. To make matters even more interesting, Watanabe plans on revealing two dedicated hybrid models. The second is the Prius replacement.

Could the hybrid-only model be some variation on the hot Lexus LF-A supercar? We can dream. We can hope. But we won’t know until we visit Detroit again next year.