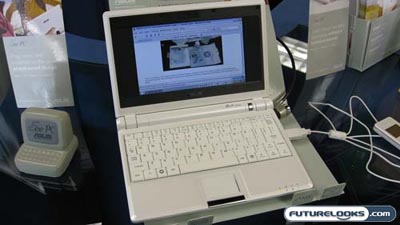 One of the most popular mods for the Asus Eee PC is the installation of Windows XP. Soon, you won’t need to do the mod yourself, because the mini laptop will come with Microsoft love pre-installed.

Asus North America has announced that they plan “to offer channel-wide availability of the Microsoft Windows XP-based Eee PC.” The hardware will remain the same as its Linux-based counterpart, but now you’ll be rolling with Bill Gates right out of the box. The popular operating system — thank goodness they didn’t go with Vista — will be offered on both the 4G and 8G models.

The Windows-based Asus Eee PC is expected to hit retailers before the end of Q1 2008, but they have yet to reveal anything in terms of pricing. I wonder how big is the MS tax.