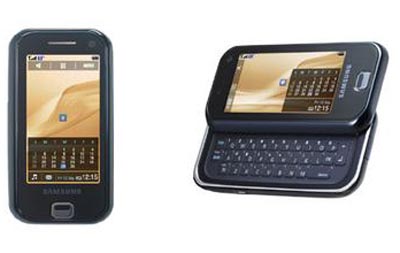 If you’re down the checkmark of a mobile operator, you’ll soon have a couple of new options when it comes to choosing a new cell phone. The Samsung U940 and the LG VX9100 have both made it through their paces at the FCC and the two handsets are gearing up for launch with Verizon Wireless.

The Samsung U940 is basically a CDMA version of the F700, boasting a large 2.78-inch touchscreen display, a slide-out QWERTY keyboard, and a beefy 5-megapixel camera. Connectivity is not an issue either, because this smartphone is rocking HSDPA with speeds up to 7.6Mbps. Other specs include a “drag and drop” touch interface and VibeTonz technology.

On the flip side, the LG VX9100 also seems to have a fairly huge touchscreen display to go along with some high-speed connectivity. From what we hear, this LG phone could be rocking EV-DO. More information on this phone is a little harder to come by, but both handsets are expected to drop within Q1 2008.