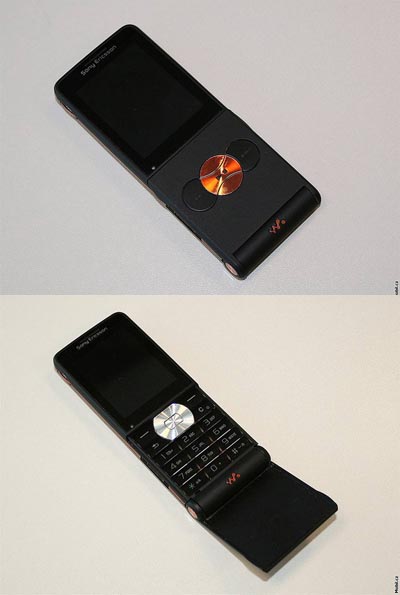 Let’s take a short trip down memory lane. Let’s go back to before there were cameras on our phones, before they even implemented color displays. You may recall a handset called the Motorola MicroTAC Elite, a flip phone that was about as fashionable as it got at the time. The form factor featured the display above the fold, and then a flap would open downwards to reveal the numeric keypad.

Sony Ericsson seems to have taken some inspiration from the MicroTAC Elite for their latest creation, the W350 Walkman phone. This is a remarkably slim flip phone that isn’t quite like the clamshells of today. Instead, it has the MicroTAC-like flap to cover the numpad. The flap isn’t completely useless, though, because that’s where you’ll find the music controls.

The Sony Ericsson W350i is an EDGE phone operating on the 900/1800/1900 bands, whereas the W350a is a quad-band unit that’ll play a little more friendly with North American airwaves. Both iterations are scheduled for a launch in Q2 2008.