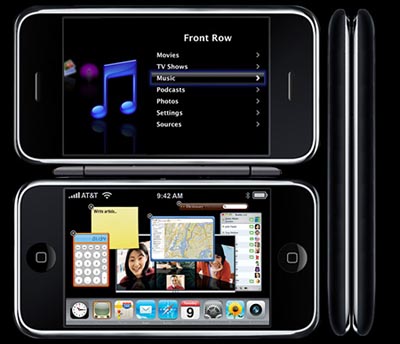 Steve Jobs keynote address at MacWorld 2008 is less than a day away, so as we anxiously await the words of the Jobsian one, let’s take a gander at what the new Apple Newton could bring.

The latest rendering to hit the virtual airwaves is pictured here and, as you can tell, it’s not your standard UMPC. Instead, the device seems to have a clamshell-like design. Unlike other clamshells, however, the lower-half is not a hard QWERTY keyboard. Instead, the new Newton has dual multi-touch displays!

Some people may find this form factor a little strange and a little hard to get used to, but the same was almost said about the iPhone. Around the back in some sort of camera, but other than that, not much is known in terms of specs and features.