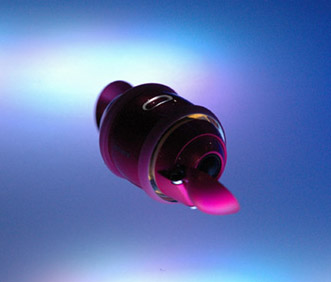 A while back I wrote about the Sony Rolly here on Mobile Magazine, which was at that time just in Japan. I basically called it ridiculous. Now it has shown up at CES and is destined for North America. My opinion hasn’t changed one bit.

If you have missed out on it up to this point (lucky!), it is a palm sized mp3 player that flops and dances around in time to the music. To get a sense of it, just imagine a big egg having a seizure. It has six moving parts, and can emit light in up to 700 different colors to add to the effect. It has 2GB of onboard storage, and the battery is good for five hours of music, or four hours of music and spastic dancing.

It’s due to arrive later this spring. I haven’t heard what the North American price will be, but a special Christmas version sold for $380 in Japan, so this novelty certainly isn’t a bargain.