The Apple iPod is easily dominating the portable media player market, but there are several companies making valiant efforts to de-throne the Steve Jobs creation. Over at the Microsoft booth, they’re pimping out a set of Microsoft Zunes with very creative designs.

Dubbed the Zune Originals, these are funky designs that have been created by a bunch of professional designers. From Kenzo Minami to Tado, these semi-personalized versions of Microsoft’s portable music player certainly stand out from the crowd.

On a semi-related note, Microsoft also announced that they will finally be shipping the Microsoft Zune — in all Zune 2 flavors — to Canada later this year. The Zune Marketplace will be in English and French. Other than that, I think they’re the same as the US versions. 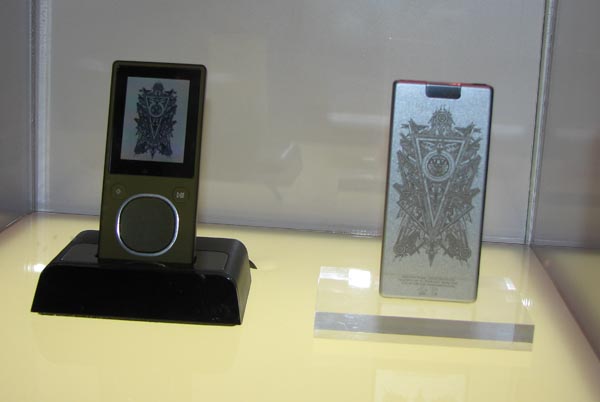