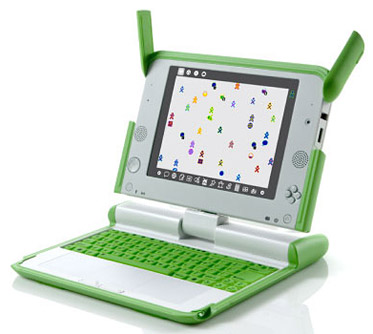 I’m a pretty big fan of the OLPC (One Laptop Per Child). So is Microsoft, apparently. They have been on the sideline so far, but there are rumors of their interest in being a part of the program, and now those rumors seem closer to reality than ever.

The word is that OLPC and Microsoft are now working very closely together to develop a dual-boot Windows/Linux system for the laptop. There are even reports that Mr. Negroponte, the man behind the OLPC program, has said that Windows is both successful and fast on the charming green machines. This move makes sense on several levels.

For Microsoft, it is an embarrassment that they weren’t involved from the start. For the end users, having access to the most common OS in the world increases their options and opportunities (whether you like Windows or not, you know this is true).

For OLPC, it not only means a new partner, but it also puts them closer to the gigantic, powerful, and educationally focused Gates Foundation.