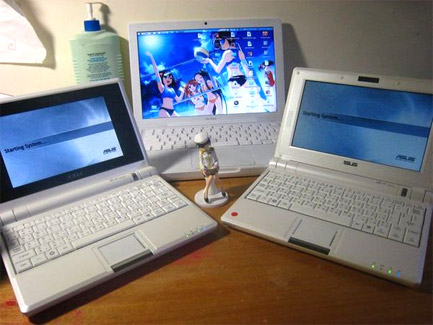 The new Eee PC from Asus looks the same as the old model – it’s the same size and shape. The big difference is a much needed change – the new screen has been stretched to 8 inches. The extra large screen makes the little machine that much more usable, but there is a bit of a catch – the new screen has the same number of pixels, 800 x 480 as the older, smaller screen, so the extra size doesn’t add up to a better picture.

This is definitely progress, but it is only the first step towards what has been rumored and what really has people excited – there is a new 8.9 inch screen that is rumored to be in development, and there are new reports that the rumored WiMax-enabled machine is indeed on its way.

This new screen, along with what is on the way, promises to make the Asus Eee something desirable for geeks the world over.