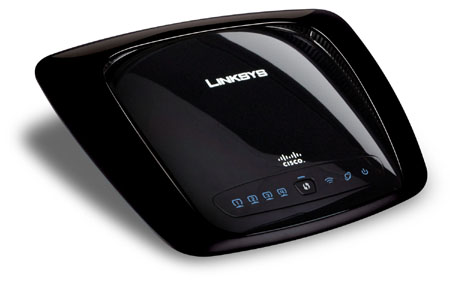 Linksys seems to believe that the way to increase their impact in the router market is to focus at least as much on how products look as how they work.

If most routers look like Volvos, the two new routers from Linksys look like Ferraris. The WRT310N and WRT160N both feature sleek, shiny looks and no external antennas. Beyond the looks, both routers support 802.11n draft 2.0, and both feature Wi-Fi Protected Setup, the new push button security set-up system. They each support both the WPA and WPA 2 wireless secuirty specifications.