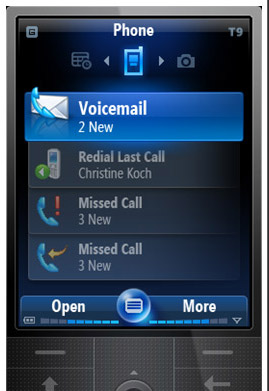 We’re not expecting to see Windows Mobile 7 until sometime in 2009 (and given Microsoft’s track record for these things that’s probably optimistic), but details of the new version of the portable OS have leaked out. The first thing that is immediately obvious about the new version is that this isn’t just a tweak of the current version, but rather an entirely new beast. Not surprisingly given the newest phone rage, perhaps the biggest change is the use of multi-touch gestures like swiping and flicking the screen, and motion gestures like shaking the device, to create a more effective interface. It also has significantly upgraded the browser so that it looks and acts more like the familiar desktop model. If these reports are actually a true representation of what Microsoft has in development then this is a big step forward, and tech geeks the world over will be drooling like crazy as the release date draws near.