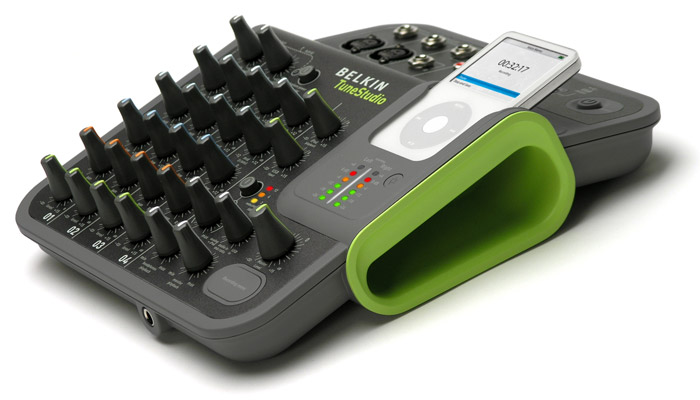 Whether you are a podcaster or a musician, Belkin thinks they can make you sound better with their new TuneStudio. It takes a four channel mixer with all the features, and integrates it with an iPod. That means you can record directly onto your iPod for easy storage or transfer to other outlets.

With four channels that means you can simultaneously record four instruments or audio sources and play them back instantly. It can also act as an external USB sound card, which can let you use your PC for both input and output. It records to the iPod in 16-bit, 44kHz quality. It is compatible with the iPod Classic and video, as well as newer generations of the Nano.

Belkin announced that the TuneStudio will now ship in the U.S., and it is soon expected to be released in Europe, Asia and Australia. It will have a retail price tag of $399.99.