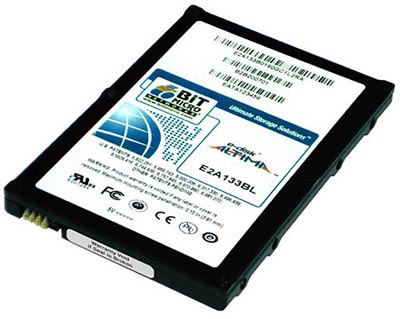 One of the concerns that has been holding back the proliferation of solid state drives is the fact that the flash-based memory typically cannot handle the same amount of data as its spinning hard drive counterparts. SSDs are definitely catching up to the HDDs these days, and this is perhaps best evidenced by the 832GB solid state drive being revealed by BiTMICRO next week in Las Vegas.

Set for an official announcement at CES, the high capacity solid state drive uses some sort of proprietary technology that BiTMICRO calls MLC memory. Details are pretty slim at this point, but the company promises that this new technology will significantly reduce costs, making their 832GB SSD a fair bit cheaper than those offered by the competition. You know, because we have so many options when it comes to SSDs with nearly a terabyte of space.

BiTMICRO hasn’t made any mention regarding pricing at this point, but they do plan for a launch sometime in Q3 2008.