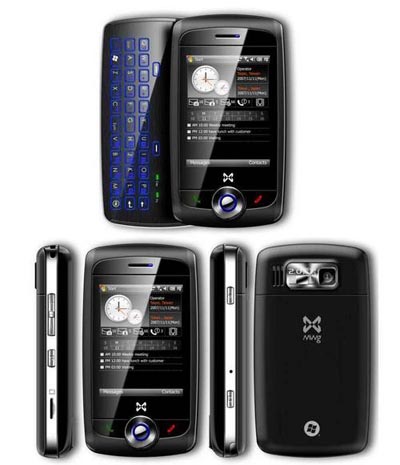 While some people are perfectly satisfied with rather barebones mobile phones that can do little more than complete voice calls, there is a growing demographic that wants their handsets to do so many different things. There are music phones, camera phones, PDA phones… it seems like the push toward more functionality is definitely picking up some steam.

It used to be that PDA phones like the MWG Zinc II would be marketed only to the business-oriented, but there are plenty of power users who’d drool all over this Windows Mobile 6 Professional-powered handheld. The form factor is distinctly reminiscent of HTC products, but the front face looks a little sleeker. It might even be hotter than the HTC Touch Cruise.