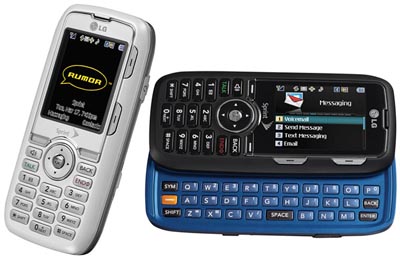 Yesterday, we told you about an issue wherein the LG Rumor would miraculously delete portions of its firmware on you, effectively making the handset impossible to use and forcing you to send it back to the factory to get fixed. After approaching the suits at Sprint over the issue, it turns out there is nothing wrong with the LG Rumor at all and the only reason why you don’t find it in stores is because sales expectations have been exceeded.

Sprint just didn’t think that the little sliding QWERTY candybar would be as popular as it has been, so they’re running out of stock. This denial comes in stark contrast to earlier reports that Sprint pulled the phone from shelves. That said, the cellular provider is admitting that there is a small technical error that “impacts a very low percentage of potential customers.”

I don’t know about you, but it sounds like Sprint is hiding something from us. The firmware issue could very well be consider a “small technical error” and it would impact “a very low percentage of potential customers”, because not that many would start randomly pressing buttons during startup.