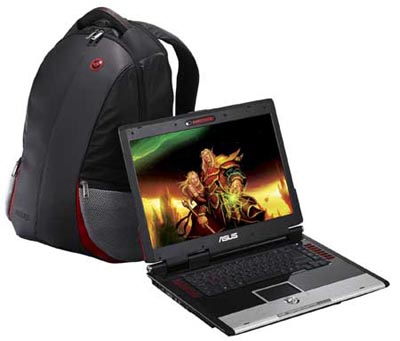 Before they produced the world’s most popular seven-inch notebook, Asus was known for producing some killer laptops and unstoppable motherboards. Taking advantage of the AMD/ATi partnership, the Asus G2K 17-inch gaming notebook looks like the perfect solution for mobile WoW players.

The 17-inch display is almost as good as a desktop, but it still won’t match Al Gore and his Apple Cinema Display trifecta. The Asus G2K gaming laptop is priced between $1628 and $1847, depending on the options selected.