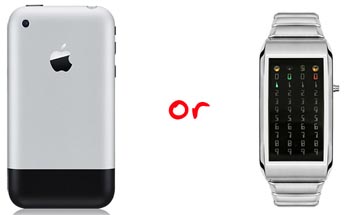 Just about everyone has a cell phone these days and it’s obvious enough that we all use our mobile phones for more than just a communication device. We distract ourselves with a variety of cell phone games and snap pictures using the integrated cameras. After a while, some of these functions start to replace standalone devices that do the same thing.

If the results of this poll are to be trusted, it means that the guys at Timex, Swatch, TAG, and the rest of the crew need to step it up to grab our attention again. Or maybe just a few diamonds will do the trick.