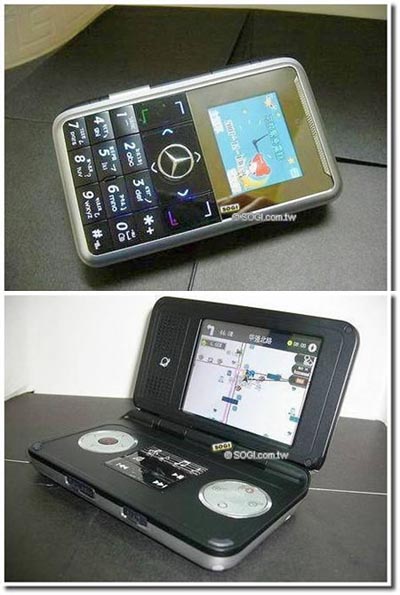 Maybe they got jealous of Ferrari and Motorola, or it could just a blatant attempt to fool a few easily-deceived consumers. If you’ve been dreaming about owning a Mercedes, but just can’t convince yourself to buy the German automobile, then this cell phone might be up your alley. The Qkfone G998 really has nothing to do with Daimler, other than the fact that it’s got that three-pronged circle emblem in the middle of its five-way navigator.

The Qkfone G998 looks like it’s probably a China-made device and it’s supposed to boast a reasonable level of functionality. Sort of like the Nokia E90 Communicator and LG enV, the G998 has a candybar form factor that can open up to reveal a landscape display, but there’s no QWERTY. Instead, you get dedicated music and gaming controls.