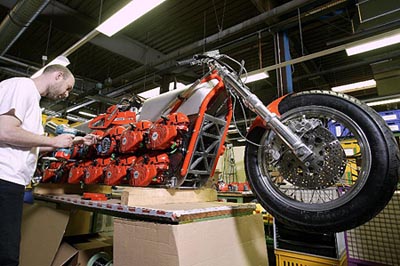 We’ve seen plenty of vehicles that have been outfitted with alternative power sources, but you probably wouldn’t think about propelling a bike with the same tool used for chopping down trees. And that’s why you’re not living the Internet fame dream.

What’s crazy is that these guys have paired 24 chainsaw engines with a five-speed Harley Davidson gearbox. The net result is one killer motorcycle that can probably chop down a forest or two along the way. I guess you could say it brings a whole new meaning to the term “chopper.”