Don’t call it a phone, but we’ve been itching to see the Helio Mysto for a little while now. The Samsung-made slider phone quietly launched over the weekend, but it was launched only to the Korean American market. No Korean, no good for you. Even so, the guys at Boy Genius Report managed to nab an English version of the Helio Mysto and their initial impressions are quite positive.

As you may already know, the Helio Mysto is largely based on the Samsung U600, so the features are pretty much identical. You get a two megapixel camera, GPS, touch-sensitive controls, and a multimedia player. The key difference can be found in the Helio-ified user interface and the net result is “lightning fast.”

In case you don’t know, you can run into the Helio Store in New York or in Santa Monica on December 26th to get your hands on an English Helio Mysto as well. They won’t be out on display, so you’ll have to ask the sales associate to grab it for you. If you prefer to wait for an official release, the Mysto launches early next year some time. 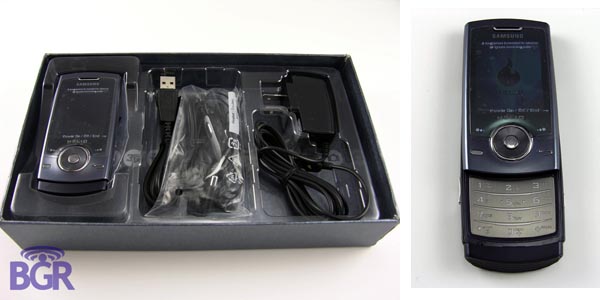