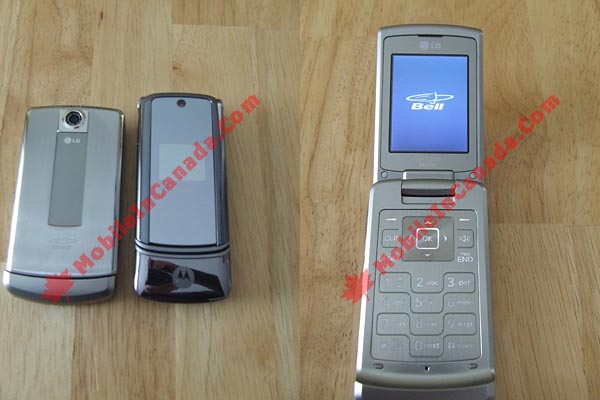 There’s got to be something about the LG Shine, because three out of Canada’s four major cellular providers are offering some version of this eye-candy. The only dog left out of the pound is Fido, but that’s okay, because Rogers Wireless has an LG Shine too. But that’s not the one we’re talking about today. We’re going over to Frank and Gordon to see Bell Mobility’s take on the LG Shine.

Mobile In Canada had a chance to take the shiny flip phone out for a test drive and they found that the design is “very elegant” and the finished aluminum “gives a very chic look to theis unit.” The keypad is similar to the RAZR and the camera takes pics of “acceptable quality when your device is not close to you”, but there is no software included in the package.

In the end, they found the feature set to be pretty run-of-the-mill, but the “original design” makes the LG Shine a respectable choice for fashionistas. Lil’ Frank couldn’t be happier. “It’s a phone! Yes! Yes! Yes!”