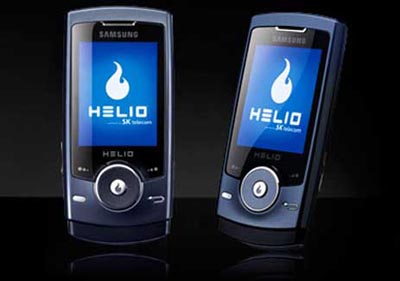 We talk a lot about cell phones and other gadgets that are destined solely for the Korean market, but when we make mention of those products, we mean that they will only be available in Korea. That’s not exactly what we mean today. Instead, the Helio Mysto will be launching today in the United States with a rather interesting quirk: it’ll only be available in Korean.

The Korean-language version of the slider was softly released into the public today, targeting anyone who can read Korean, because the rest of us would obviously be very confused by the menu. We’re not entirely sure why Samsung, Helio, or SK Telecom would want to pull a move like this, but that’s what they’ve done.

Fear not, fellow anglophones, because the English version of the Helio Mysto will officially fully launch in late January. Early adopters may be able to pick up an English phone at Helio stores in New York City and Santa Monica on the day after Christmas.