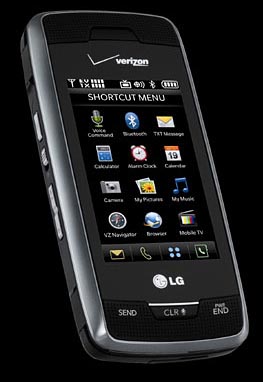 All the Verizon Wireless fans in the audience got all excited when the mobile operator announced that they’d be picking up the LG Voyager. As a significant upgrade over the already popular LG enV, the Voyager was supposed to be Verizon’s answer to the iPhone. And then it got hit with all sorts of problems right out of the gate.

Early adopters of the Verizon Voyager suffered all sorts of growing pains and woes, hitting one snag after another until they just weren’t pleased with their new touchscreen-touting handset. Thankfully, the team at Verizon and LG have quickly thrown together a firmware update that addresses a large number of these issues.

The bad news is that this firmware is not available over the air nor is it available for self-upgrading. Instead, you have to physically make your way over to a Verizon location. Sucks.

* Fixed issue with V CAST Music and 4GB+ removable memory read error
* Adds ability to reset V CAST Mobile TV client
* Update power settings to improve battery life performance
* Bluetooth enhancements to audio, pairing, and key tone
* Mobile Web – HTML browser enhancements
* Fixed to display �=� symbol on the bottom in the calculator for LG Joy font
* Fixed to access to keypad through only one step while in a call
* Fixed the auto lock setting so that the touch screen will not lock on its own when auto lock is set to off
* Fixed to allow ESPN application on external touch screen
* Fixed to allow Mobile IM on external touch screen
* Fixed to have no difference between the displayed image (to let you know which scene was taken) and the actual saved image, when you take a picture aiming at any moving objects
* Fixed when device goes to maps.google.com, the device resets