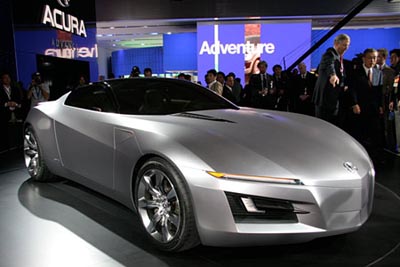 While certain Japanese fans are still drooling over the Nissan GT-R, Honda is about to steal some of that supercar thunder back. Honda has just officially confirmed that they are working on a new version of the NSX supercar and it will make its debut sometime in 2010.

By all accounts, the next-generation Honda NSX (sold as the Acura NSX around these parts) may be based on the Advanced Sports Car Concept shown here, though much can change between now and 2010. Honda needs another serious sports car, since they have nixed the Integra/RSX and Prelude. Don’t get me wrong: I still love the S2000, but it’s no NSX.

We were originally hoping that Honda would stick to CEO Takeo Fukui’s word that the NSX would launch in 2008/09, but 2010 is much better than never at all.