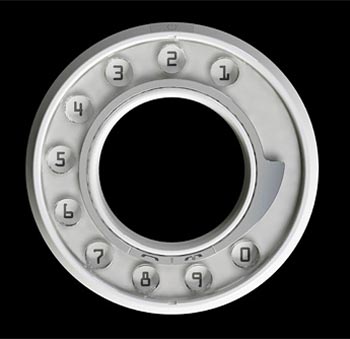 While I can usually appreciate the retro concepts that some designers come up with, the Circle Phone by Jin Le might not go over so well with the mainstream audience. Everyone seems to want virtual Swiss Army knives in their cell phones, demanding more functionality in an ever-shrinking (and increasingly attractive) package. The Circle Phone flips this notion on its head. Or rather it gets your head spinning… or something.

Instead of a multi-touch display, a multi-megapixel camera, and a multi-gigabyte music phone, the Circle Phone contains nothing but three buttons and a rotary style dial pad. Remember that rotary phone at grandma’s house? Jin Le has brought that concept into the 21st century, letting you spin that dial in order to make that call.