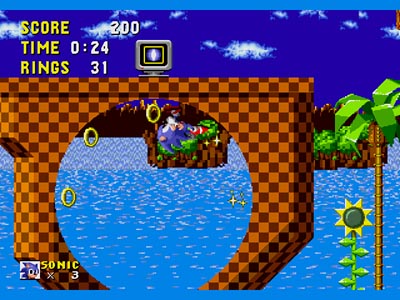 I’m reminded of those old-school TV commercials where Sega would compare the blast processing of their Sega Genesis against the slow romp of the Super Nintendo. We were supposed to be amazed at the sheer speed of a certain blue hedgehog. And now you can get nostalgic on your iPod.

The original Sonic the Hedgehog game from the Genesis/MegaDrive has now been released on iTunes and it will work with most compatible iPod devices. Collect those rings, run upside down through the loop and spin your way through enemies, just like you did 15 years ago. It’s an utter classic, but when you sit down to play the original Sonic again, you’ll realize just how dated everything is. But that’s okay, because it’s Sonic.

Download it now from iTunes for $4.99. Or use that money toward Phase instead.