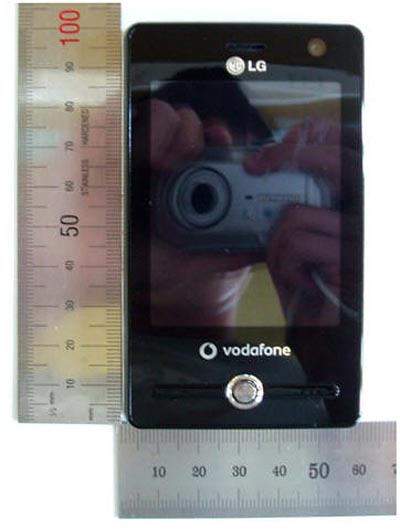 I could make some lame reference to a certain Eddie Murphy movie, but I’ll leave that for another day, because it really has nothing to do with this Korean-made phone other than the fact that it is, in fact, coming to America.

You may have seen the LG KS20 Windows Mobile smartphone before. You may have even imported it from Europe at a premium. Well, now the iPhone-like handset is officially heading to the United States, but it’s getting renamed as the LG MS25 for some inexplicable reason.

Despite the change in identity (you can probably expect the Vodafone badging to go “poof” and disappear too), the LG MS25 will retain much of the same functionality and features as the its Euro-centric KS20 counterpart. It still gets powered by Windows Mobile 6.0 Professional and gets equipped with WiFi, Bluetooth, and GSM/EDGE. The key difference is that the American version will be sans 3G.

As to who will get the LG MS25 Prada-like phone, that’s still up in the air. AT&T already has the Vu and Shine from LG, whereas Verizon just grabbed the Venus and Voyager.