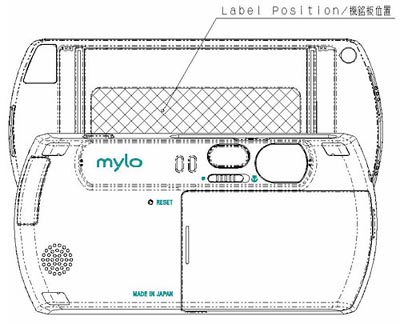 The first Sony Mylo was an interesting device for a lot of reasons. While it took on a similar form factor as the hugely popular T-Mobile Sidekick, the Mylo wasn’t a cell phone at all. Instead, it relied completely on WiFi to connect to the world around it.

It seems that very little has changed with the next-generation Sony Mylo 2 communicator, because Sony has decided to stick with the slider form factor and this updated model still doesn’t do cellular. The WiFi now works on both 802.11b and 802.11g standards, at least.

The new design is less round than its predecessor, but would have liked some sort of cellular (3G?) connection so that the Mylo 2 is actually useful when outside of a hotspot. The FCC looks like its done with the approval process, so the Japan-made Sony Mylo 2 should be available soon.