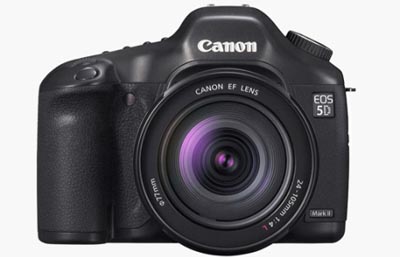 All you digital SLR junkies in the audience had better listen up, because while Santa doesn’t have a new present for you this Christmas, Canon has a special announcement for you early next year. There’s word going around that Canon will make a rather major announcement on January 24th, a full week before PMA 2008.

Robert Westin is a Swedish executive at Canon and he recently spilled the beans about this potential announcement. Nothing has been confirmed just yet, but early predictions point toward successors and/or upgrades to either the Digital Rebel XTi (EOS 400D) or the EOS 5D. Heck, they might even do both.

We can’t say for certain, but there are rumblings surrounding an anti-dust package, and perhaps a boost in both megapixels and ISO. Don’t look for in-camera image stabilization, because Canon likes keeping that in their lenses.