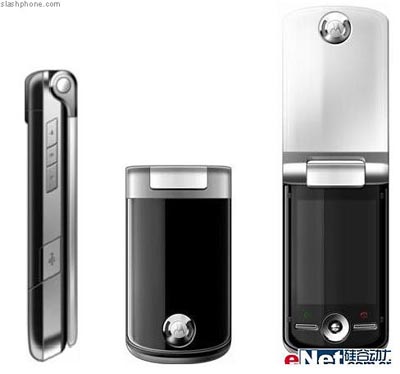 The first MOTOMING (Motorola A1200) was quite the nice handheld, because it ran on Linux and had a cool business card recognition program that would automatically insert all of that pertinent information into a phonebook contact. My friend’s cousin had one and it looked pretty sleek too. Well, the Motorola A1200 was released a long while ago, so it’s about time that the MOTOMING got itself an update. And here it is. The appropriately named MOTOMING 2 carries a model number of A1600 and it comes with a few improvements over its predecessor.

It’s still a quad-band GSM/GPRS cell phone running on Linux OS, but Motorola has beefed up the processor and further streamlined the physical design. I can’t say for certain, but the new unit looks a little more compact too. Other raw specs include integrated WiFi, AGPS, a talking dictionary, three built-in games, and a 3.2 megapixel camera with autofocus and LED flashlight.

No official word regarding price or availability, but we expect this information to get released around the time of the 3GSM conference next year.